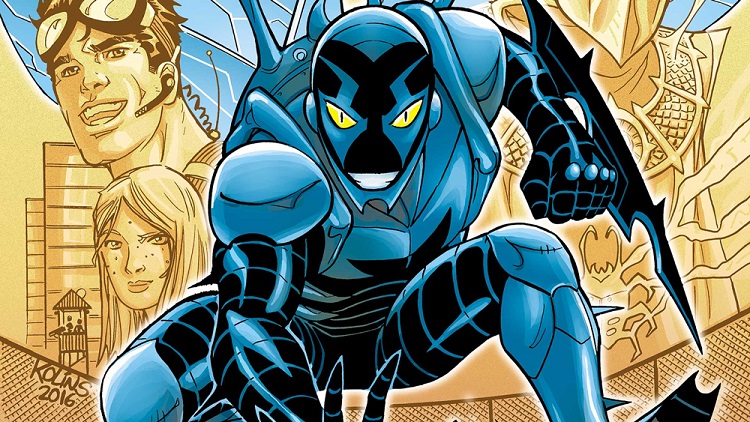 If you find yourself a fan of DC Comics. You have surely run into the character Blue Beetle. Over the last decade, There have been multiple attempts to bring this character to standalone live-action. He first appeared in live-action in Smallville and there have been rumors of film development for which the script was also commissioned and he's was also teased for Titan season 3, But now looks like he's coming at HBO Max.


BLUE BEETLE NEWS from DCE!! We have a live-action test of Jaime Reyes' scarab activating his suit. It. Is. Awesome.
— Geoff Johns (@geoffjohns) June 13, 2010


HBO is looking for heavy hitters characters shows from DCEU as Disney+ is directly taking the MCU characters like Moon Night and She-Hulk, Which are High demanded characters. So that they can compete with Disney+ shows.

As with Green Lantern, and some of the other projects that are apparently in development, Look like they're gonna, Be mining all across the DC Universe and the Blue Beetle being one of these.

New reports are coming, that the Blue Beetle will premiere in HBO Max. This can be the same version that was teased for Titan season 3 or it can be a spin-off.

This report or a rumor comes from Daniel Richtman(@DanielRPK). He provided no further details and later deleted his tweet.

Maybe this is a potential actor for the cast of Blue Beetle.

Blue Beetle is the name of three fictional superheroes who appear in a number of American comic books published by a variety of companies since 1939. Each of the three men who have called themselves Blue Beetle has had very different powers and abilities. Dan Garrett was granted enhanced strength and invulnerability by the ancient Scarab, as well as the powers of flight, creating energy blasts from both his eyes and hands and other enhanced senses.