March 23, 2020
The last two episodes of the TV anime "My Hero Academia", the episodes of March 28th and April 4th, were left behind. A new visual for the fourth term climax was released. 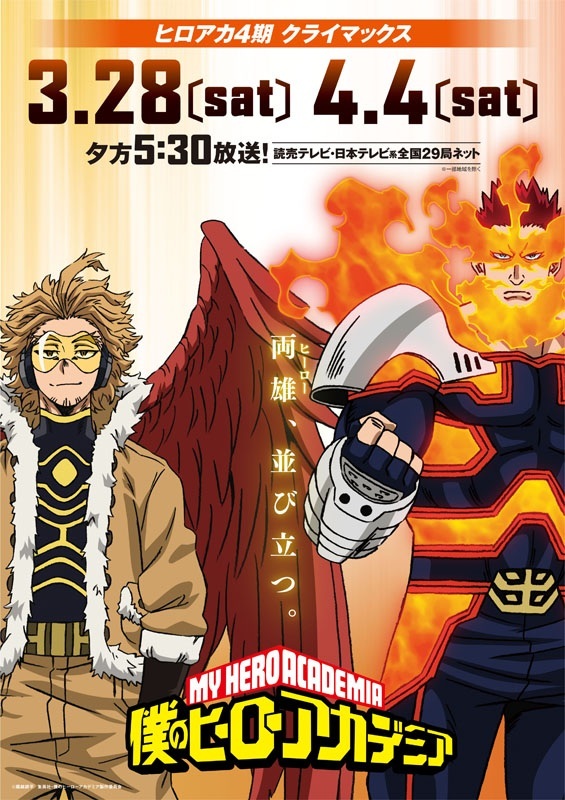 The visuals include "Flame Hero" Endeavor (voice: Toru Inada) and "Wing Hero" Hawks, who will be appearing for the first time in the last two episodes.
Hawks is a featured character that has gained popularity since its first appearance in the original and has ranked high in the hero ranking “Hero Billboard Chart JP” in the main story at a very young age. Voice is served by Yuichi Nakamura.
He pioneered the animated version in the movie "~ Heroes: Rising", and made full use of his individuality and personality. This time, Hawk's character design setting picture has also been lifted, and finally, it will be a full-fledged appearance in TV animation. 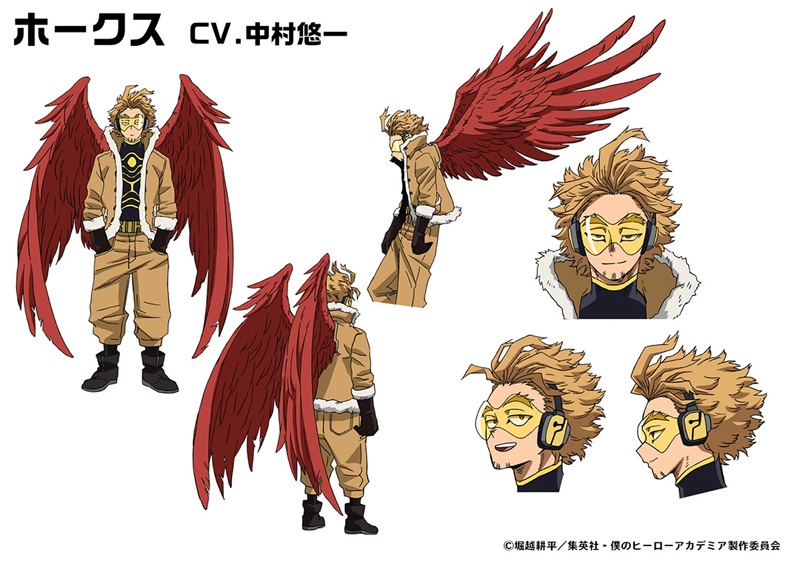 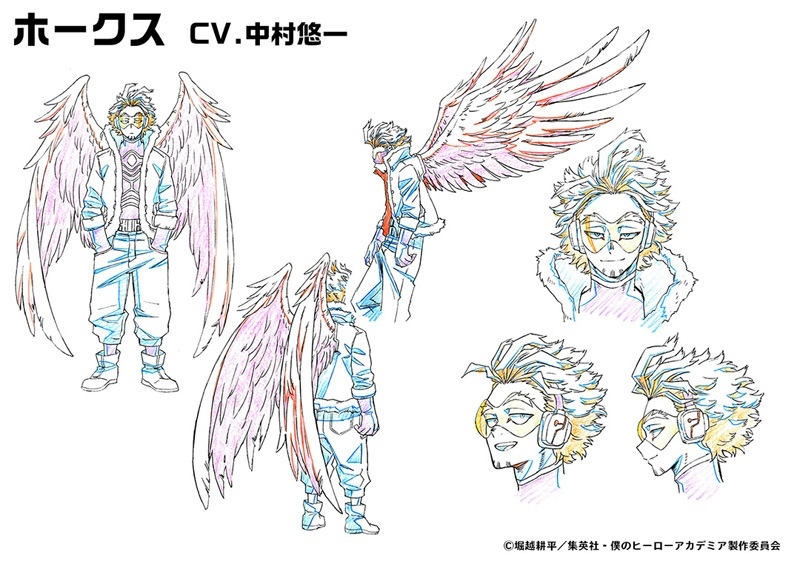 A limited-time project for the anime "My Hero Academia" has also been decided, For elementary, junior and senior high school students who are at school temporarily closed due to the spread of the new coronavirus, and for those who can not easily go out, "My Hero Academia" TV animation Phase 1 i.e. all 13 episodes is now available for free for a limited time. This project has been implemented with the desire to have a good time throughout the house. The distribution will be on Youtube's jump channel ( https://www.youtube.com/c/jumpchannel ) until 23:59 on April 19th.
CV. Yuichi Nakamura commented, The character "Hawks" is a very interesting character that seems to be difficult to understand, and even in the original, it is unpredictable in terms of "How will he move from now on?". I am looking forward to future development. I am very honored to have him, who is such an important person, and I am excited to perform! Expect Hawks to be active! "
* Translated from Japanese
Broadcast information (JAPAN Time)
Every Saturday evening 5:30 (JST)
Yomiuri TV / Nippon Television Network 29 stations nationwide
* Broadcasting except in some areas
Anime My Hero Academia TV
Liked the news?