June 18, 2020
From the Date A Live series spin-off anime movie, Date a Bullet that is about to be shown at a theater.The anime movie is directed by Jun Nakagawa and produced by studio GEEK TOYS.

The main character's setting picture and an introductory text of each attractive character have been released. A sequel is also announced Date A Bullet : Nightmare or Queen. The anime movie will be screened in two parts. In which the first prequel will premiere on August 14th 2020(Friday) and the screening time will be of 25 minutes.

In addition, the anime theme song information is also released. The opening theme of the first part Date A Bullet: Dead or Bullet and the second part Dead or Bullet: Nightmare or Queen is an instrumental song that Mr. Tsuyoshi Sakabe(Go Sakabe) composed, who was involved in the play and theme song music through the TV anime series. The title of the Opening theme is Infermata.

Also, the female vocalist Luiza, who is also a half of Romania and half Japanese, will be singing the ending theme of the first part Date A Bullet : Dead or Bullet.

The title of the ending song is Only wish, and it is a fantastic song as if expressing the world of Dead or Bullet: Dead or Bullet.

Synopsis of Date A Bullet: Dead or Bullet:

The amnesiac young girl, Empty, who woke up in the neighboring world encounters Tokisaki Kurumi. Led by her, the place she arrived at was the school's classroom. In order to kill each other, the girls known as semi-Spirits gathered. Now then—Let's begin our battle (date). (Source: Date A Live Wiki)
Kurumi Tokisaki (CV. Asami Sanada) Although it is unclear how it happened, a spirit girl who lost herself in the neighboring world. In the original world, she was known for his cruel and brutal personality, which she even called "The Worst Spirit". However, there is often a glimpse of a firm sense of purpose behind her actions. She is a messenger of the mighty angel "Hourly Emperor" with twelve bullets that manipulates time, and in her neighborhood, where only semi-spirits exist There can be no competing existence, but... A mysterious girl called the White Queen. Her existence is a mystery, except that she wears military uniform and has eyes of different colors. It is not certain that they will even participate in the killing this time, but there seems to be no doubt that they are different from the semi-spirits in Tenth Area.
It seems that there is something to do with Kurumi. A quasi-spirit girl who can help Kyuzou's life and become a collaborator. She does not seem to have much power, and Ibusaki Panie calls her a small fish. She has a bright and nice character, and there are many blurred areas. However, it seems that she has the motive to bet his life on this battle royal. While being swayed by Kazuzo from beginning to end, she decided to play the role of a navigator in this neighboring world.
Tsang (CV. Mariya Ise)(Hatsukoi Limited.) A quasi-spiritual girl with a huge halberd. Her physical ability is by far the best of the semi-spirits, and is also called "Biscuit Smasher" because she kills the enemy as if smashing the biscuit. She's a battle maniac. A spirit with an evil power that is said to no longer exist in the neighborhood.
Panie Ibusaki(CV. Rina Hidaka)(Tate no Yuusha no Nariagari) A quasi-spirit of a style like a young daughter. However, contrary to its appearance, it is also feared by the popular name of "puppeteer". She can use more than a hundred dolls individually, and the dolls become her well-armed army as her limbs. Perhaps because of the peculiarity of such abilities, she seems to be good at strategy and intrigue, and seems to be quite a planner.
Yui Sagakure (CV. Asami Seto)(Seishun Buta Yarou wa Bunny Girl Senpai no Yume wo Minai) A semi-spirit who makes full use of various Shinobi techniques. Main weapon is painless. It can also be used as a cicada, and as it looks, she possesses the ability to be a ninja and Kunoichi. It's no exaggeration to say that her true dreadfulness is that of her meticulous character, which hides the enemy and burys her with a high degree of certainty. 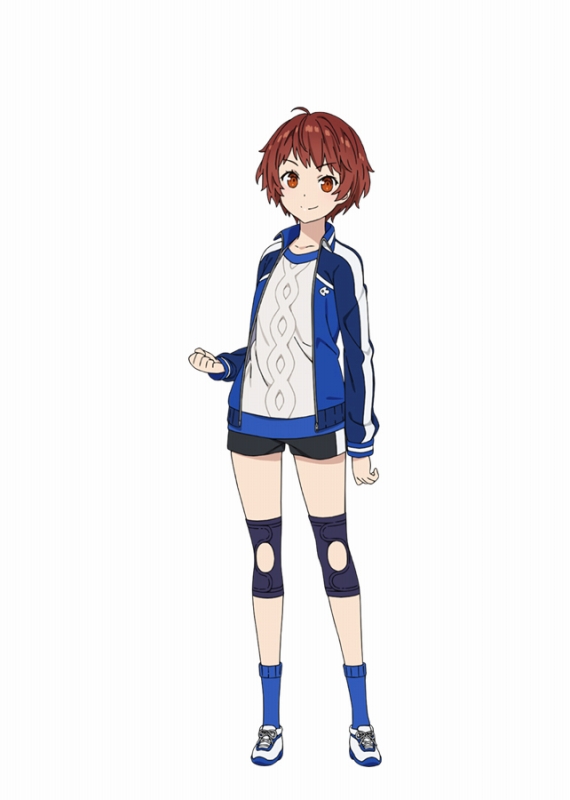 A quasi-spirit girl with a Japanese sword that is as tall as her body. If you describe her, it's just "Billing Rush". Making full use of her excellent physical ability, she just slashes and slashes.
In "Tenth Area", she is recognized as one of the powerful people who can hear the sound.

This is the story of Tokisaki Kurumi that shouldn't have been told.....

The amnesiac young girl, Empty, who woke up in the neighboring world encounters Tokisaki Kurumi. Led by her, the place she arrived at was the school's classroom. In order to kill each other, the girls known as semi-Spirits gathered. Now then.......Let's begin our battle (date).