The Misfit of Demon King Academy Episode 9 "The Mystery of the Hero Academy", synopsis and the preceding cut arrived. As of new arc some new visual with new character voice actress is also released on the Official Website. 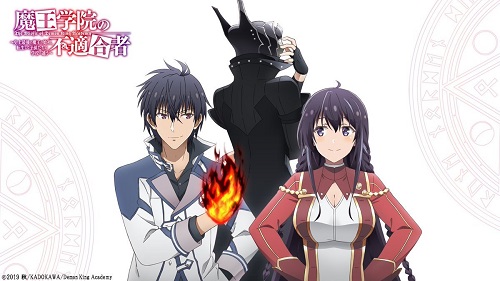 Before the duel commences, special rules are implemented which impact both Lay and Sheila. Lay praises Anos for his ability to fight despite his magic being drained. However, he decides to fight on his own terms which allows them to go all out. Ultimately, Anos is victorious.

It is then revealed that Melheis was the mastermind behind the tournament. Anos is challenged by Melheis, Gaios, and Ydol. However, Lay takes out Gaios and Ydol. When confronted, Melheis reveals he has Sheila which causes Lay to leave the Dimensional Prison to save her. A confident Melheis heads to an Absolute Space where he attacks Anos and Lay. Sheila becomes a sword which Lay uses to slash the Absolute Space.

Anos then confronts a stunned Melheis where he frees him from his brainwashing. Returning to the arena, Anos is declared the winner of the tournament. After healing Lay, Anos resurrects Sheila, revealing her true form was a sword. Afterwards, Sasha gives Anos a sword as a commemorative gift.

Episode 9 "The Mystery of the Hero Academy"

The magic sword tournament has also come to an end, and Anos and others go to the human world, Azeshion, for exchange classes with the Hero Academy. Anos, who wants to do research, goes to the Hero Academy and tries to openly enter the trespassing school while taking action on their own. Then, there was a bratty laugh, Eleanor Bianca, a third-year student at Brave Gakuin, who said, "If I'm with you, I'll be blaming you." 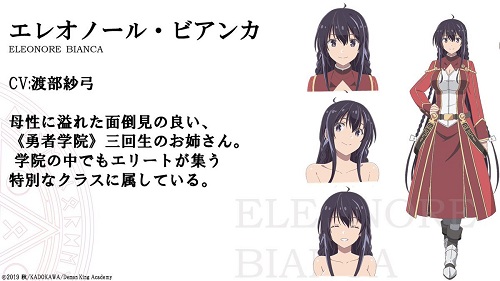