Fire Force Season 2 Episode 13 "A Pair of One-Eyes", Synopsis and Precedent cut has arrived. It will broadcast on September 26th.

In the basement, Burns of the 1st Special Fire Brigade appears in front of the Joker and Benimaru. A feeling of tension becomes more tense in the confrontation with a presence strong man. How does Burns work against the Jokers who seek the true scriptures to reveal the secrets of the Holy Scriptures? 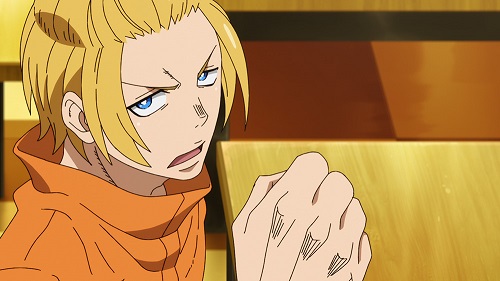 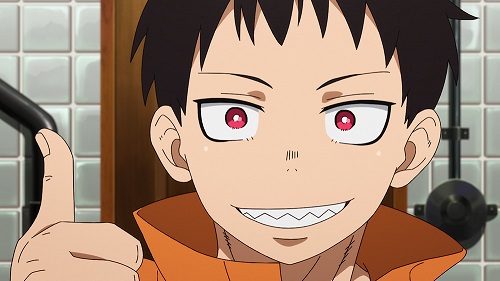 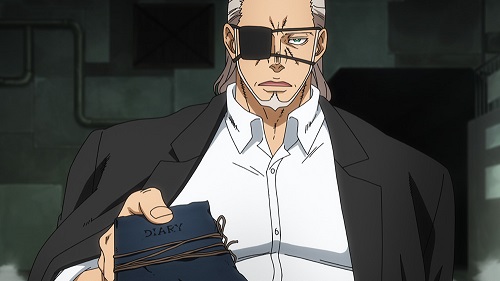 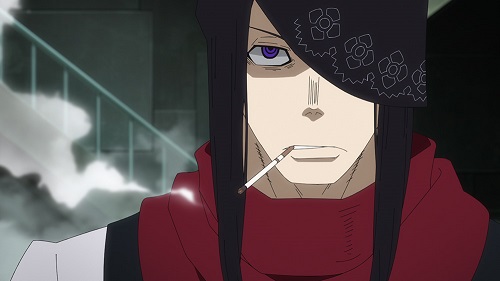 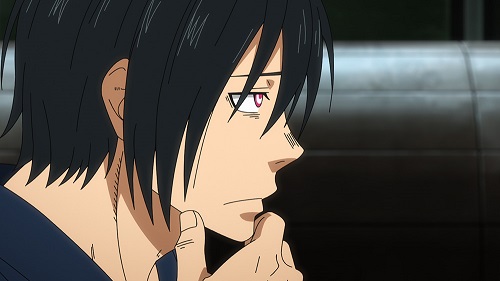 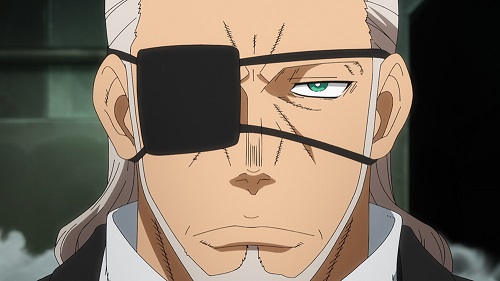 Shinmon recovers from the poison fired into his body by the Holy Sol defender through his resistance to toxins and together with Joker they defeat the remaining Holy Sol defenders. They enter the church and Joker exposes a hidden trapdoor to the levels below with access to the forbidden Nether. As Shinmon pressures Joker to explain how he knows so much about the operations of the Holy Sol, they are soon are surrounded by masked Holy Sol Shadows, the Temple's secret assassination team. Joker reveals that he is the former Holy Sol Shadow known only as Five-Two. A flashback shows the how the promising young "orphan of god", Five-Two, is physically beaten into submission, but he but never surrendered to their collective philosophy. He escaped, but the family who found and fed him were slaughtered as a warning. Back in the present, Joker takes on the Shadow commander who draws his retractable zig-zag whip-sword, leaving Shinmon to fight the other Shadows. The commander forces Joker to play his full pack of 52 cards, and then prepares to kill his former pupil. However, Joker has been emitting a hallucinogenic smoke from his cigarettes which confuses the commander long enough for Joker to cut him to pieces. Joker is finally left with only his trump card, the joker, as Commander Burns ominously emerges from the shadows.