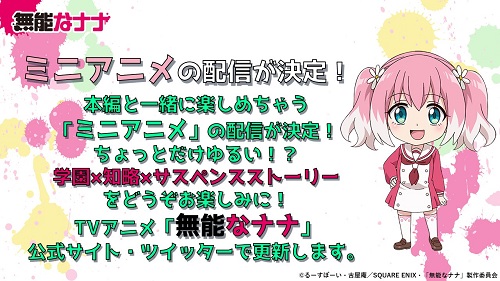 Talentless Nana (Japanese: 無能なナナ) is a Japanese manga series written by Looseboy and illustrated by Iori Furuya. It has been serialized in Square Enix's shōnen manga magazine Monthly Shōnen Gangan since May 2016 and has been collected in six tankōbon volumes. The manga is published digitally in North America by Crunchyroll.

If you find the above article to be helpful then do follow me on Twitter - @thExtend for more anime preview and news with source.
Anime News
Liked the news?