Log Horizon: Destruction of the Round Table Season 3 New Visual

Log Horizon: Destruction of the Round Table Season 3 TV anime has revealed a new visual. The premiere will begin from January 13th 2021. The anime is produced by Studio DEEN. 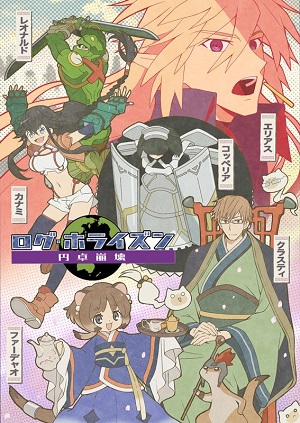 Log Horizon (Japanese: ログ・ホライズン) is a Japanese novel series written by Mamare Touno and illustrated by Kazuhiro Hara. It began serialization online in 2010 on the user-generated novel publishing website Shōsetsuka ni Narō, being later on acquired by Enterbrain and published as a light novel in Japan since 2011. Yen Press began publishing an English translation in 2015. The series follows the strategist, Shiroe, and the other players of the long-lived MMORPG Elder Tale after they find themselves whisked away into the game world following a game update.

The novel has received four manga adaptations, with one based on the main story and the other three revolving around characters in the series. An anime television series adaptation animated by Satelight aired on NHK Educational TV between October 5, 2013 and March 22, 2014. A second season by Studio Deen aired between October 4, 2014 and March 28, 2015.