Dragon Goes House-Hunting (ドラゴン、家を買う。) is a Japanese fantasy manga series, written by Kawo Tanuki and illustrated by Choco Aya. It has been serialized in Mag Garden's shōnen manga magazine Monthly Comic Garden since December 2016 and has been collected in five tankōbon volumes.

The manga is licensed in North America by Seven Seas Entertainment. An anime television series adaptation by Signal.MD has been announced and is set to premiere in April 2021. 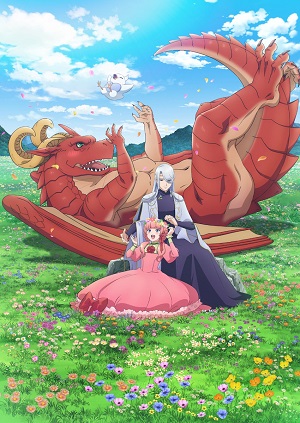 When a dragon fails to live up to the fearsome standards set for him, his family kicks him out. He embarks on a quest to find a new home, but soon finds that life on the road is no place for a cowardly beast of legend. In a fantasy world full of elves, dwarves, and other mythical creatures, where everyone wants a piece of him—literally!—the frustrations of house-hunting reach a whole new level.