Science Fell in Love, So I Tried to Prove It Season 2 announced

Science Fell in Love, So I Tried to Prove It TV anime Season 2 announced. 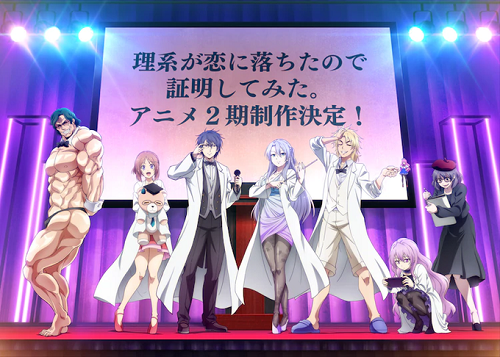 Science Fell in Love, So I Tried to Prove It (理系が恋に落ちたので証明してみた) is a Japanese romantic comedy manga series by Alifred Yamamoto. It has been serialized online via Flex Comix's Comic Meteor website since 2016 and has been collected in four tankōbon volumes. A four-episode live-action drama adaptation aired from September 1 to September 22, 2018, and a live-action film adaptation premiered on February 1, 2019. An anime television series adaptation by Zero-G aired from January 10, 2020 to March 13, 2020.