Kuma Kuma Kuma Bear is a Japanese light novel series written by Kumanano and illustrated by 029. It began serialization online in 2014 on the user-generated novel publishing website Shōsetsuka ni Narō. It was later acquired by Shufu to Seikatsu Sha, who have published fourteen volumes since May 2015 under their PASH! Books imprint. A manga adaptation with art by Sergei has been serialized online via Shufu to Seikatsu Sha's Comic PASH! website since 2018 and has been collected in five tankōbon volumes. Both the light novel and manga have been licensed in North America by Seven Seas Entertainment.

An anime television series adaptation by EMT Squared aired from October to December 2020. A second season has been announced. 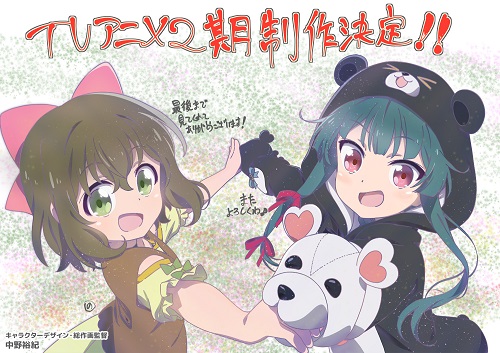 Fifteen-year-old Yuna prefers staying home and obsessively playing her favorite VRMMO to doing anything else, including going to school. When a strange new update gives her a one-of-a-kind bear outfit that comes with overpowered abilities, Yuna is torn: the outfit is unbearably cute, but too embarrassing to wear in-game. But then she suddenly finds herself transported into the world of the game, facing down monsters and magic for real, and the bear suit becomes the best weapon she has!