The Seven Deadly Sins is a Japanese fantasy manga series written and illustrated by Nakaba Suzuki. It was serialized in Kodansha's Weekly Shōnen Magazine from October 2012 to March 2020, with the chapters collected into forty-one tankōbon volumes. The manga features a setting similar to the European Middle Ages, with its titular group of knights representing the seven deadly sins. 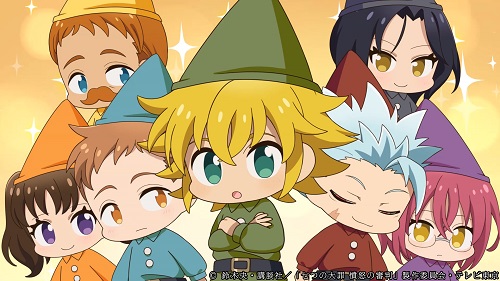