So I'm a Spider, So What? Episode Distribution

So I'm a Spider, So What? is a Japanese light novel series written by Okina Baba and illustrated by Tsukasa Kiryu. The story is about a girl who was reincarnated as a dungeon spider, and her struggle for survival. The series has received a manga adaptation, and an anime television series adaptation by Millepensee will premiere in January 8, 2021.

The TV anime is listed with a total of 24 episodes across four Blu-ray & DVD box volumes. 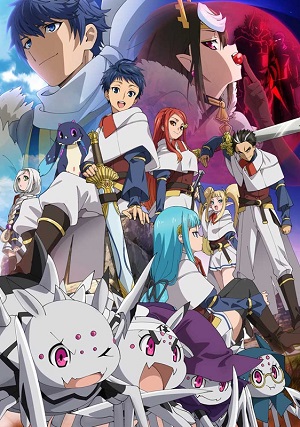 The students who died in the explosion will be reincarnated in a different world. The protagonist, who has the lowest reputation in the class, was reincarnated into a spider. Nevertheless, she adapted quickly to the present condition with strong willpower.

This is a story of she who has become a spider trying whatever she can to live.