The Gekidol project was first announced in December 2015 and featured merchandise at Comic Market 89 in 2016.

Gekidol anime story takes place five years after a mysterious disaster happened that erased major cities around the world. The anime centers on girls who want to be a part of the 3D-holographic Theater Material System theatrical productions.

The Gekidol anime will have 12 episodes. As a part of Gekidol OVA, a special edition of Alice in Deadly School will air in a 1-hour. Studio Hoods Entertainment is animating the series. A new visual and preview were also released.

Also the Blu-ray will also come out in March 3rd 2021. Which will the episode 12 premiere date. 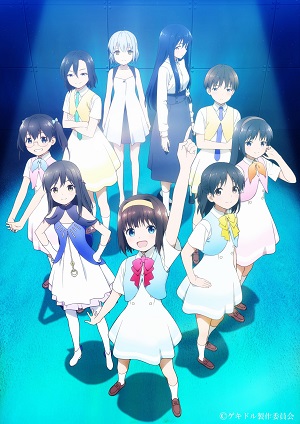