Compilation film "Uchuu Senkan Yamato" to Iu Jidai: Seireki 2202-nen no Sentaku has been postponed due to coronavirus. The film was scheduled to open in Japan on January 15th.

It revolves around the character Susumu Kodai (Derek Wildstar in the English version) and an international crew from Earth, tasked during an interstellar war to go into space aboard the space warship Yamato in response to a message of aid from the planet Iscandar in order to retrieve a device which is able to reverse the radiation infecting Earth after being bombed by the Gamilons. 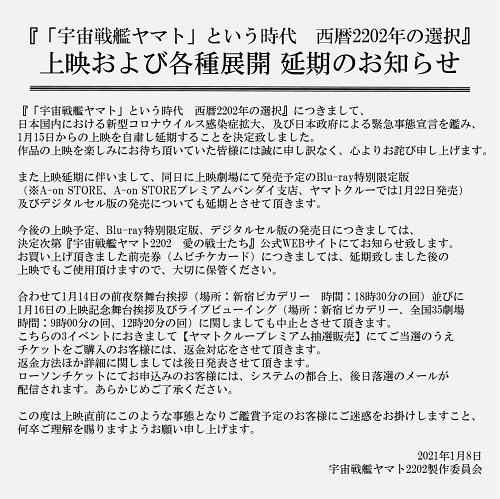