Love Me, Love Me Not Released Blu-ray and DVD in Japan

Love Me, Love Me Not is a Japanese shōjo manga written and illustrated by Io Sakisaka and serialized in Bessatsu Margaret starting in June 2015. A live-action film adaptation opened in Japan on August 14, 2020, while an anime film adaptation produced by A-1 Pictures premiered on September 18, 2020. Viz Media licensed the manga in English under their Shojo Beat imprint. The first volume was released in March 2020. 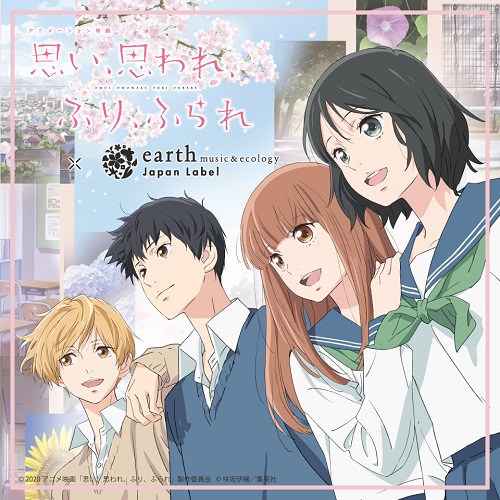 Yuna and Akari are two high school girls with very different views on love: Yuna dreams about romance through rose-coloured glasses, while Akari is down-to-earth and practical. Meanwhile, high school boys Kazuomi and Rio also have different views on love: Kazuomi is an airhead who can't grasp the concept of love, while Rio grabs onto any confession as an opportunity—so long as the girl looks cute. Will these four classmates end up leading a youthful romance that meets their expectations?