Drugstore in Another World: The Slow Life of a Cheat Pharmacist Revealed New Preview

Drugstore in Another World: The Slow Life of a Cheat Pharmacist is a Japanese light novel series written by Kennoji and illustrated by Matsuuni. An anime television series adaptation by EMT2 (EMT Squared) will premiere in July 2021. 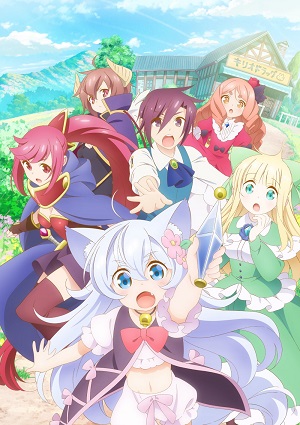 The anime has released a new visual poster for the upcoming anime premiere in July 2021.

One day, a corporate slave Reiji, suddenly got transported to another world. He made the best of his skills to make better potions, which earned him lots of money, and with that money, made a drugstore! An Elf who has trouble aiming with his bow? Give him some eye-drops! A Dragon who always let breathes out fire unintentionally? Don't worry, we have cough medicine for you! Reiji's new, fun, slow life as a pharmacist in a village drugstore starts now!!